The Broken Glasses chart represents a test based on the Landolt C optotype with a four-alternative, forced-choice (four-AFC) task (smiling face with red, blue, yellow, or green cap).

Prior to VA testing, training in matching is also recommended for younger children and for those unable or unwilling to name the responses. The matching key card consists of a sheet with printed smiling faces with red, blue, yellow, or green caps.

To start, the largest 4 smiling faces that allow the computer screen are shown. In case of smaller children only two large smiling faces can be displayed.

The child is asked to identify on a “matching keycard” by pointing to the smiling face with the same colour cap and position that shows the Landolt Cs (broken glasses) on the computer screen, without having to name them.

The practitioner will reduce the size of the smiling faces until the child makes a mistake. Then, the size is increased by one level to begin the automated measurement.

The Broken Glasses test differs from the previous visual acuity tests in that the child gives just one response for each screen, instead of the usual five responses for each level of VA, as is the case with the symmetrical letter optotypes.

The automated measurement of VA for this test works as follows:

The “Broken Glasses Test” is also different in that there are only four possible answers in each presentation (smiling face with red, blue, yellow, or green cap). Therefore, it is much easier for the patient to give a correct answer, even if they are not able to see the test. To solve this problem, the VA measurement will end when the child makes three or more mistakes (two correct responses or less) 1 at a certain level of VA.

Let’s look at an example:

Suppose the first screen that the child is unable to identify corresponds to a VA of 80 VAR. The previous level of 75 VAR will be shown to start the automatic measurement. 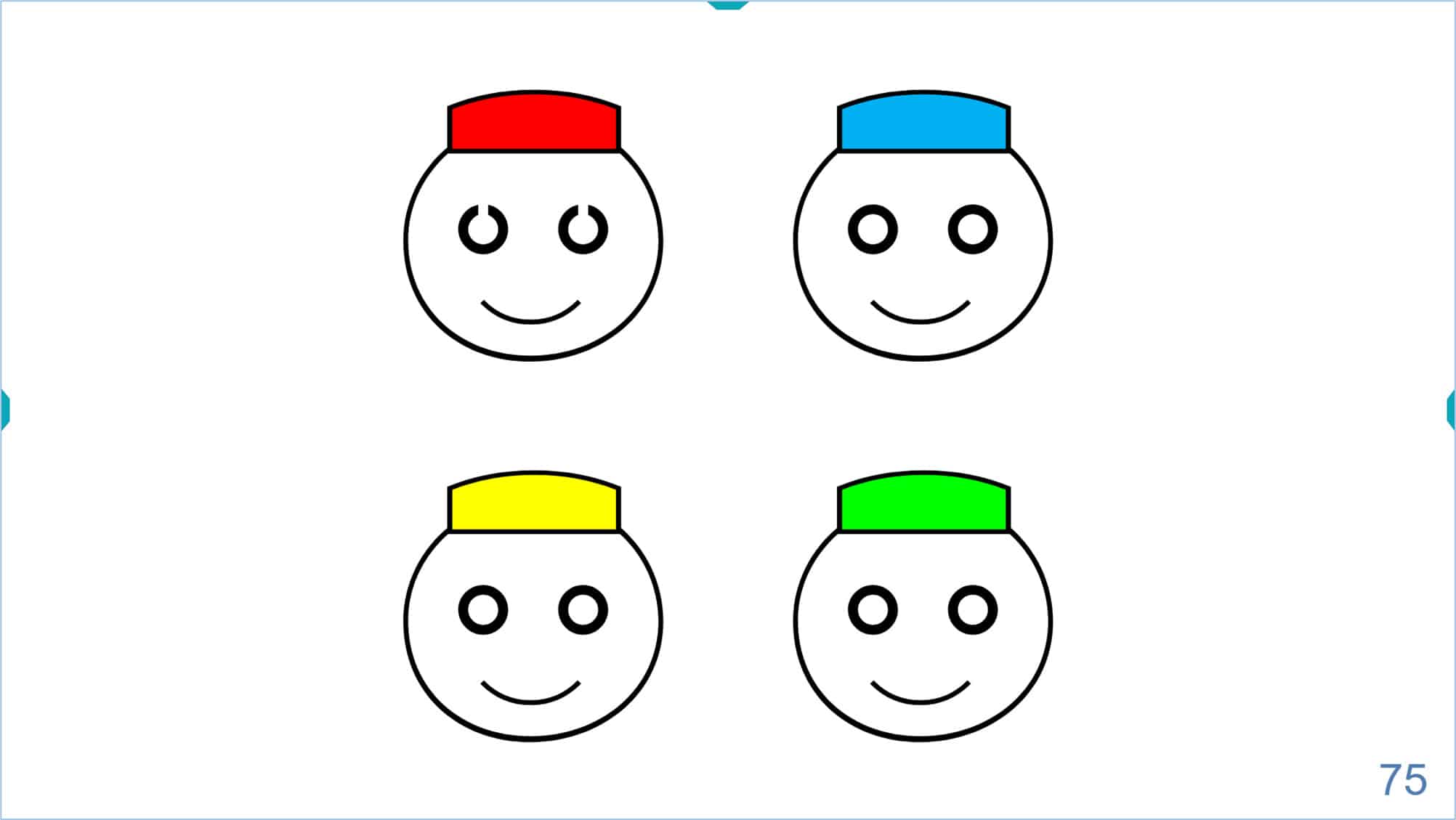 The child correctly identifies the smiling face and the practitioner presses the number “1” on the keyboard. Another screen of the same level of VA appears and the child again makes a correct response. The practitioner again presses the number “1”. The child gives a correct answer 5 consecutive times and the application shows the next level of VA: 80 VAR (no mistakes are expected in the first level). 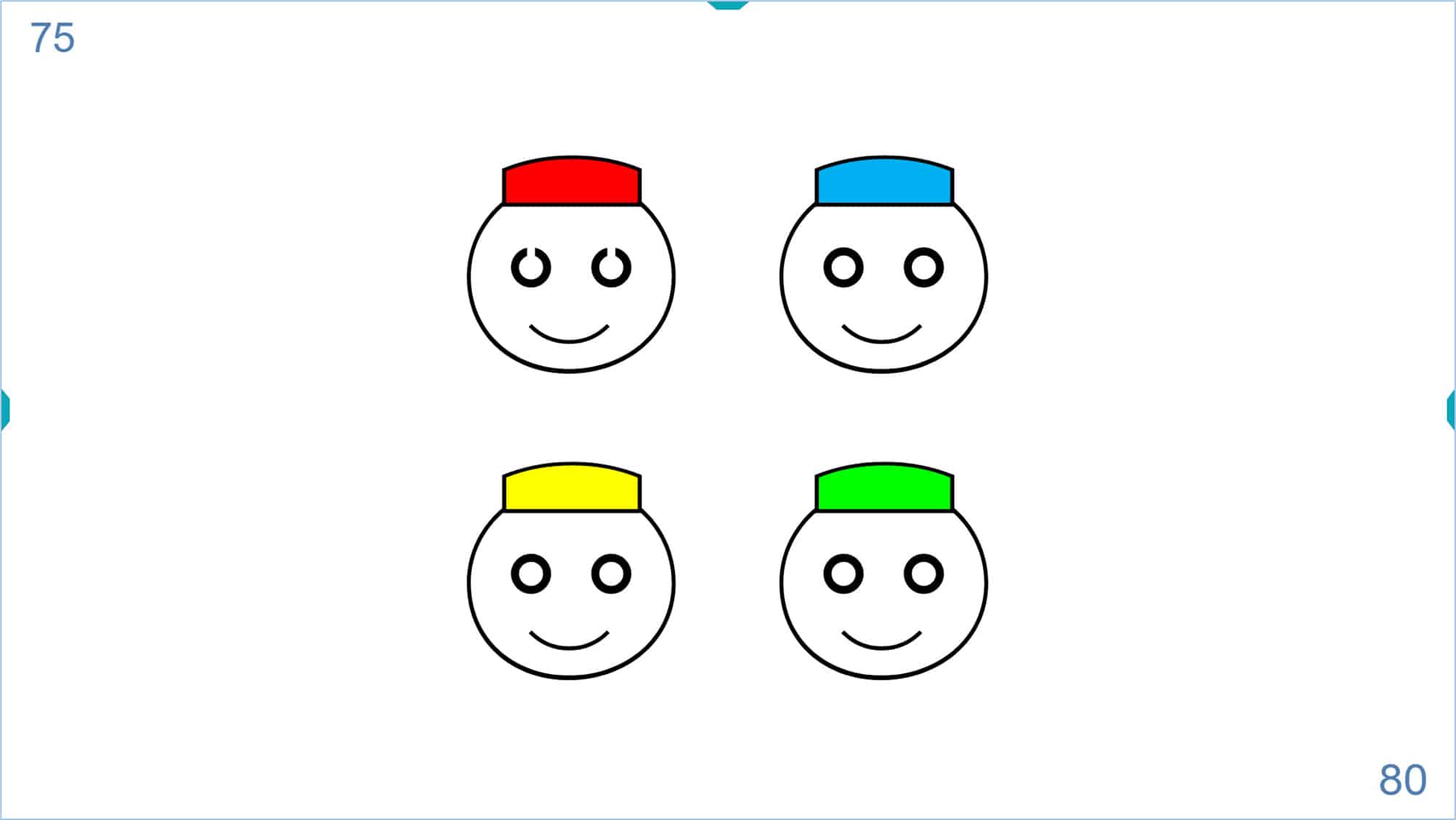 The child again makes a correct response and after pressing the “1” key the program will display a different and random option of the same VA 80 VAR: 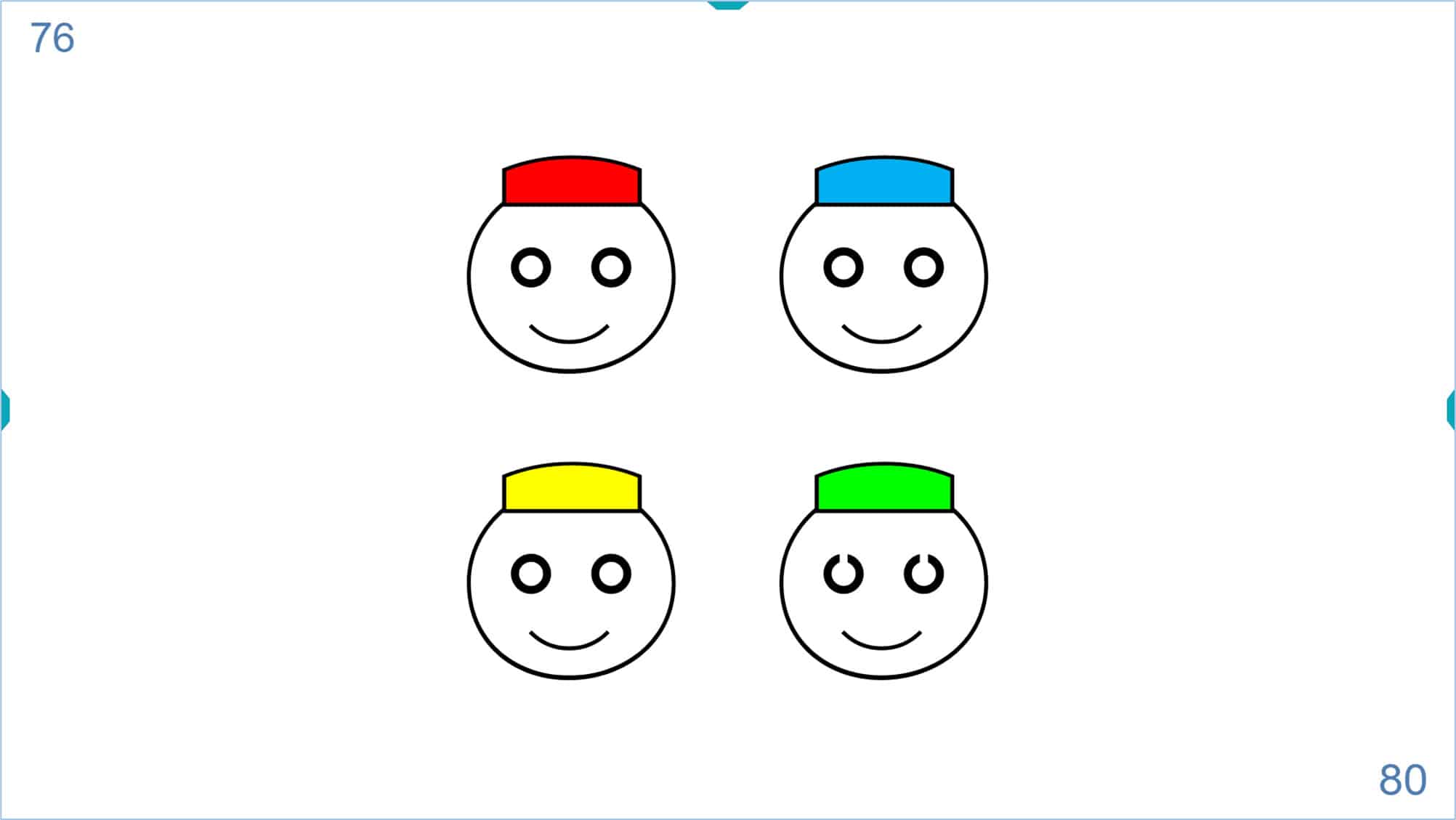 The child again answers correctly and the key (“1”) is pressed. The program shows another different and random option of VA 80 VAR. 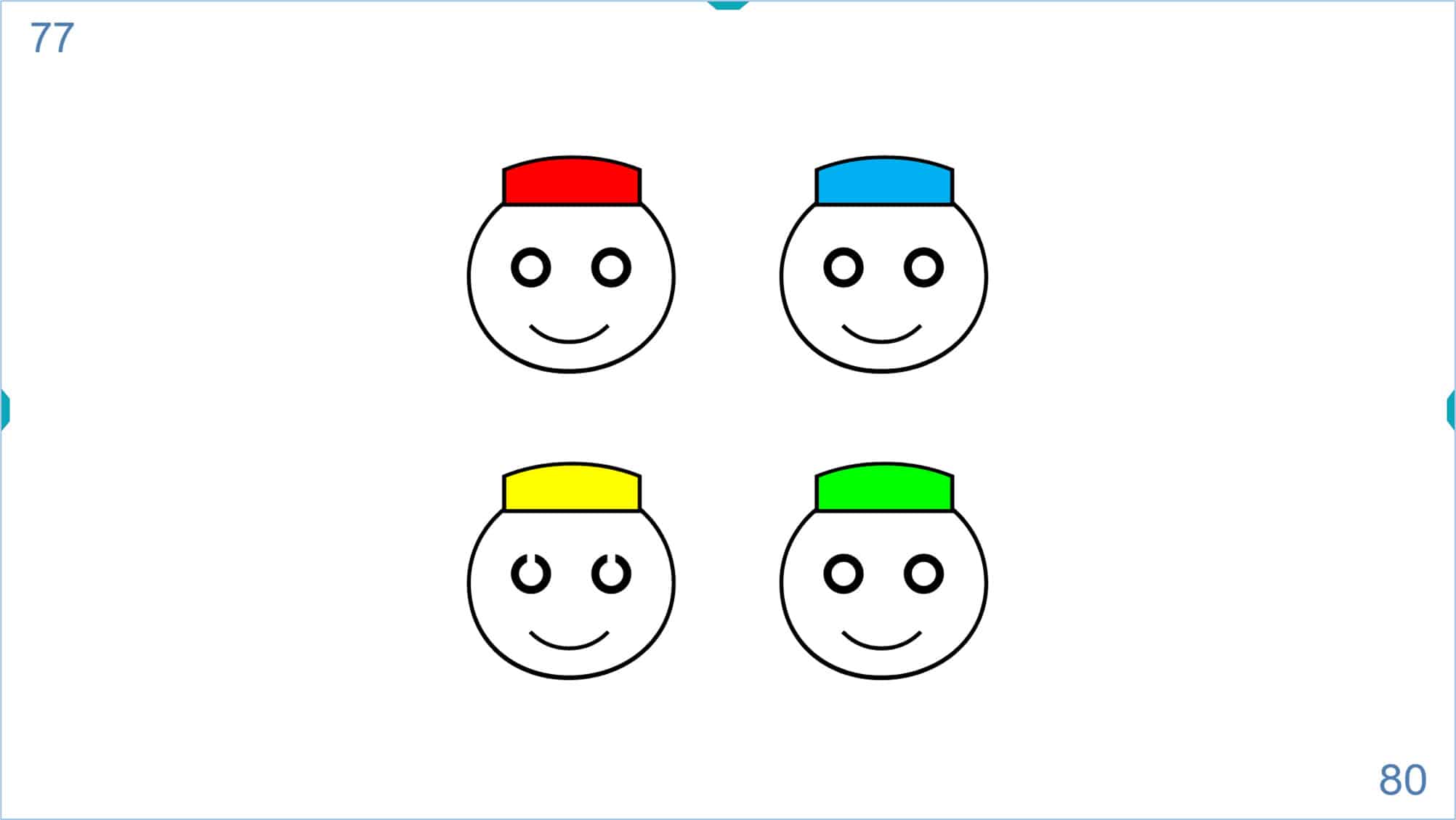 The child fails the response and the wrong key (the “0”) is pressed. Another different and random option of VA 80 VAR is displayed. 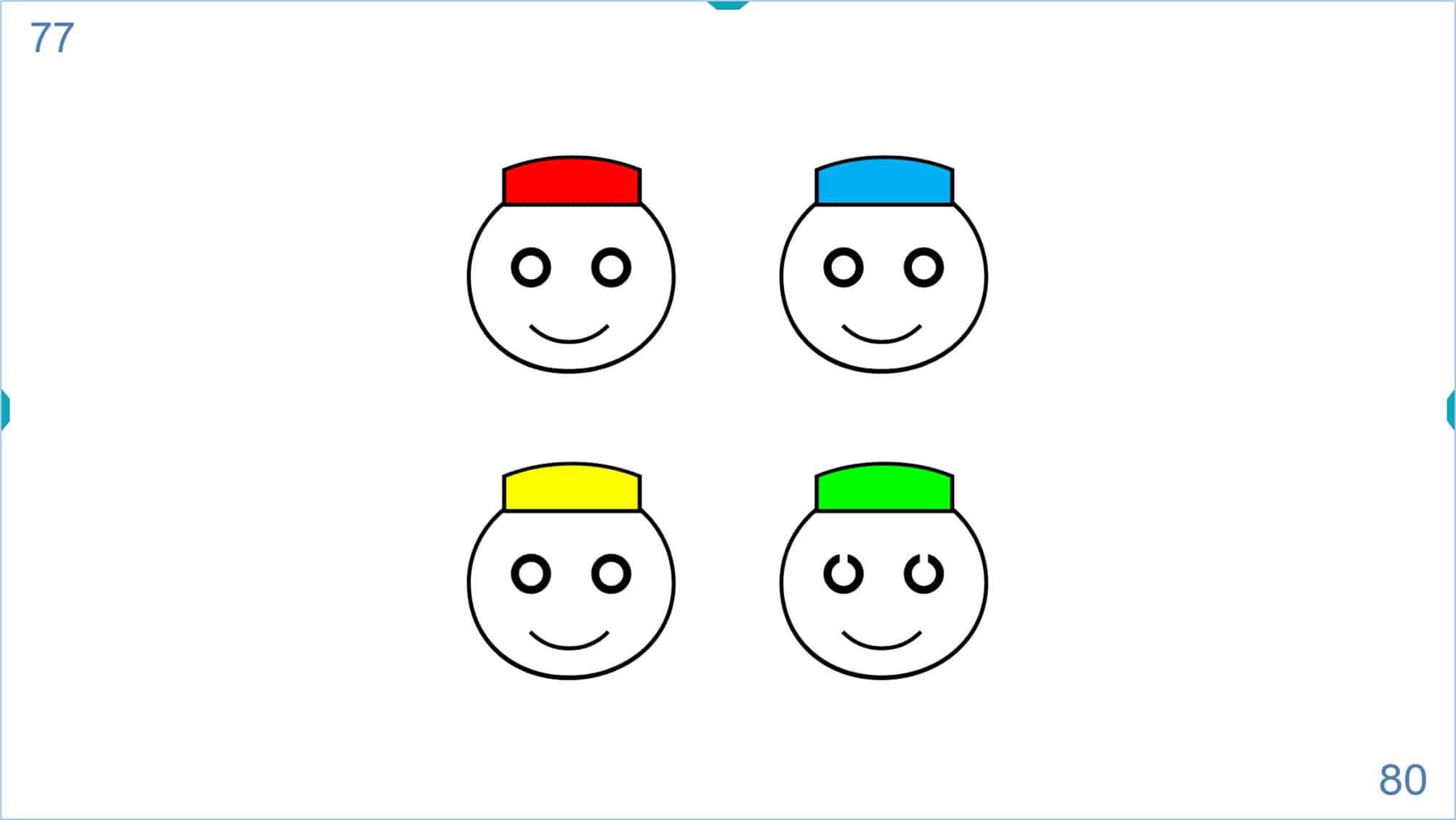 The child again makes a mistake so the wrong key (“0”) is pressed and another different and random option of VA 80 VAR is displayed. Note that the value of the provisional VA at the upper left corner of the screen has not varied during the two mistakes. 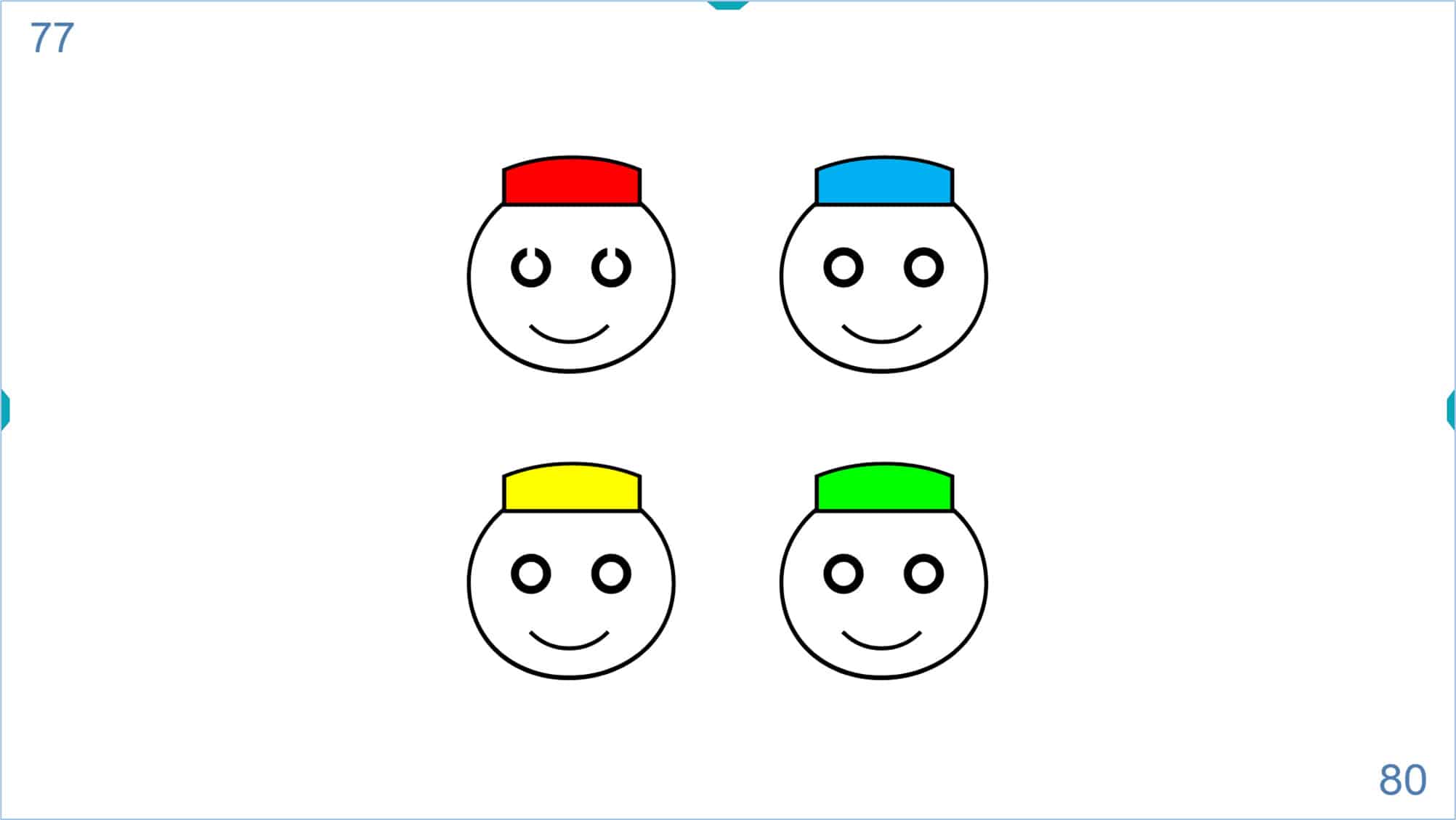 The program will show another different and random option of VA 80 VAR. The child answers correctly and the key (“1”) is pressed.

Since the child has responded correctly on 3 out of 5 occasions at a VA level of 80 VAR, the program automatically switches to the next VA: 85 VAR. 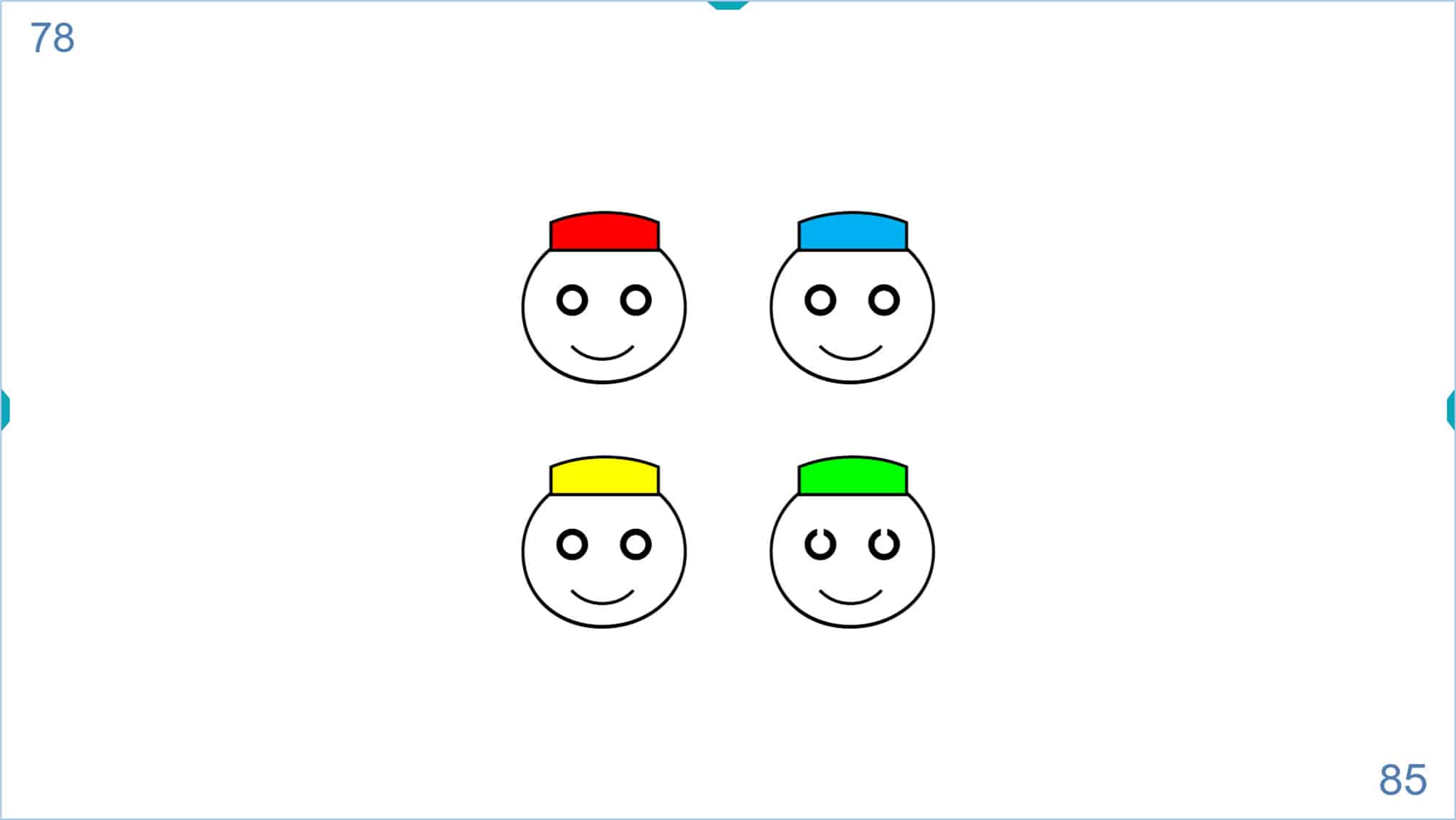 Looking at the number on the upper left corner of the screen, notice the child’s VA is 78 at this point. This is because the child saw five presentations of the VA 75, but gave just three correct answers at VA level 80 (75 + 3 = 78).

The program will continue to show five different and random options consecutively for each VA level. Continue to press “1” for each correct answer and a “0” for each incorrect answer, until the child makes three or more mistakes for a certain visual acuity. The process is then automatically terminated and the child’s VA value is displayed on the three LOG, VAR and Decimal units.

Similar to the rest of VA charts, the automated measurement can be repeated, and the unit will calculate the average VA and Standard Deviation values after each measurement.